A prison is a building used to house those who have committed a crime or are awaiting trial. Prisons are a place for confinement and are, therefore, used as punishment for illegal actions. There are many prisons located all around the world, some of which are at a higher security level than others.

Prison security levels are as follows:

In early February 2012, a fire broke out in Comayagua prison causing more than 350 fatalities and many injuries. The fire was initially believed to have been caused by a riot. However, no confirmed cause has been announced.

The prison itself was highly overcrowded which left prisoners living in cramped conditions; this would have made it hard for prisoners, visitors and officers to access exit routes in an orderly fashion.

As well as this, no secure fire detection system was believed to be in place, so we can only assume the combination of poor fire detection and overcrowding played a huge part in the devastation that occurred in Comayagua prison back in 2012.[1]

What are the Fire Risks?

There are many fire risks associated with prisons, some of which include:

The Importance of a Reliable Fire Alarm System in Prisons

With the many fire risks associated with prisons, it goes without saying that a fast, reliable and effective fire alarm system is crucial.

People visiting the prisons may not be familiar with the layout of the building and the evacuation procedures and the vast number of occupants and any one time can make evacuation difficult. Therefore, fast and reliable detection is paramount to provide enough time for prisoners, workers and visitors to evacuate safely.

Eurofyre are proud, British manufacturers of specialist fire detection and associated safety products for industrial and commercial applications. They believe that their clients should have the flexibility to select their own fire alarm system maintainer and, therefore, offer an ‘open protocol’ solution, to give the owner full control over how the system is managed.

After all, a fire alarm system is a long-term commitment which requires frequent maintenance, repairs and testing, meaning the total cost of ownership should be considered to make sure the chosen system is cost-effective.

What are the Most Common Detection Types Used in Prisons?

Like in most applications, different types of area sometimes require specific types of detection.

In cells, point detectors may be:

However, point detection can be safely used in public areas or private spaces such as offices and surveillance rooms. 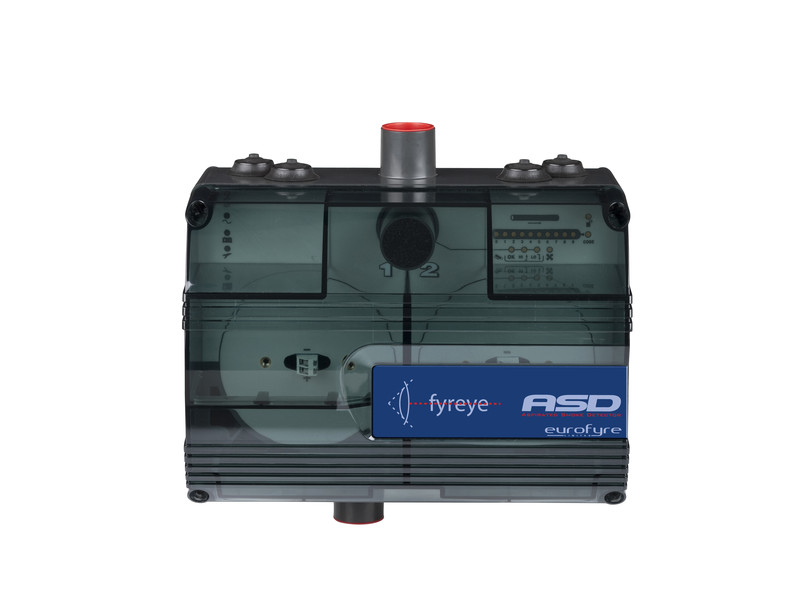 Aspirating smoke detection (ASD) is the most common detection choice for use inside prison cells. ASD uses a powerful fan and air sampling pipes to draw air from the area to be protected into a detection chamber. This method allows for detection chambers to be secured outside of the cell and therefore reduces the risk of being vandalised, tampered with or damaged.

What are the Most Common Systems Eurofyre Provide?

EF-ASD1 detectors are the ideal solution for protecting prison cells from fire and are available with anti-ligature sampling points.

Our ProFyre A2 fire alarm panel provides one or two loops and is well suited to medium-sized properties as it is designed for easy installation, setup and commissioning.

The ProFyre A4 fire alarm panel is fully expandable and is available with either one to four loops or four to eight loops. Each loop can accommodate up to 250 devices, meaning it is suitable for larger properties. 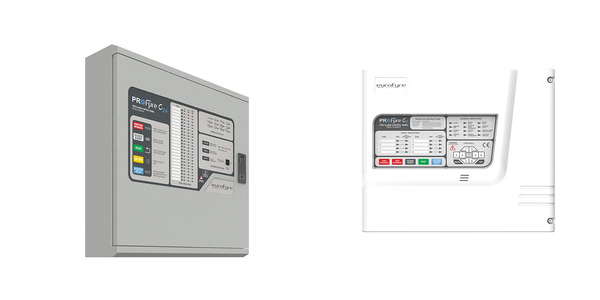 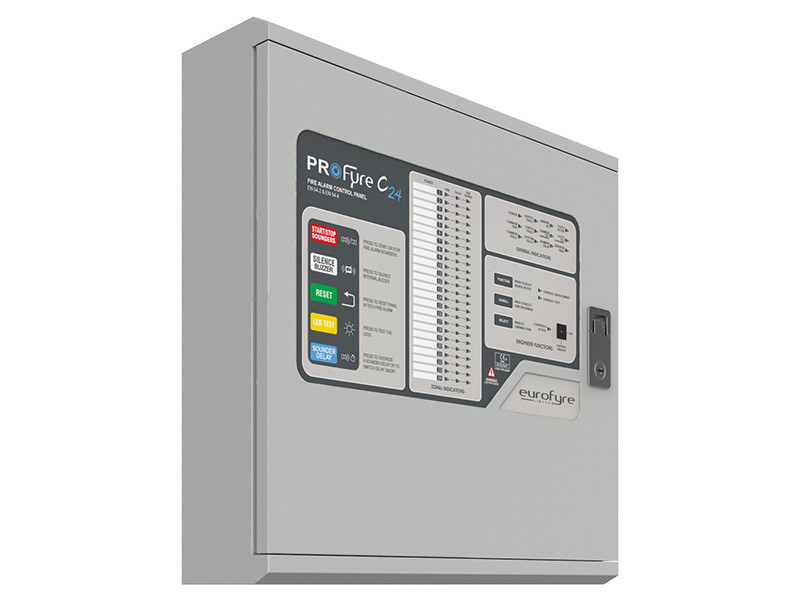 The C24 fire alarm control panels are expandable as well as fully-featured and cost-effective. ProFyre C24 panels are best suited to medium-sized properties,are available in 8, 16 or 24 zone versions and provide a high-standard of quality and reliability that is easy to install, commission, maintain and operate. 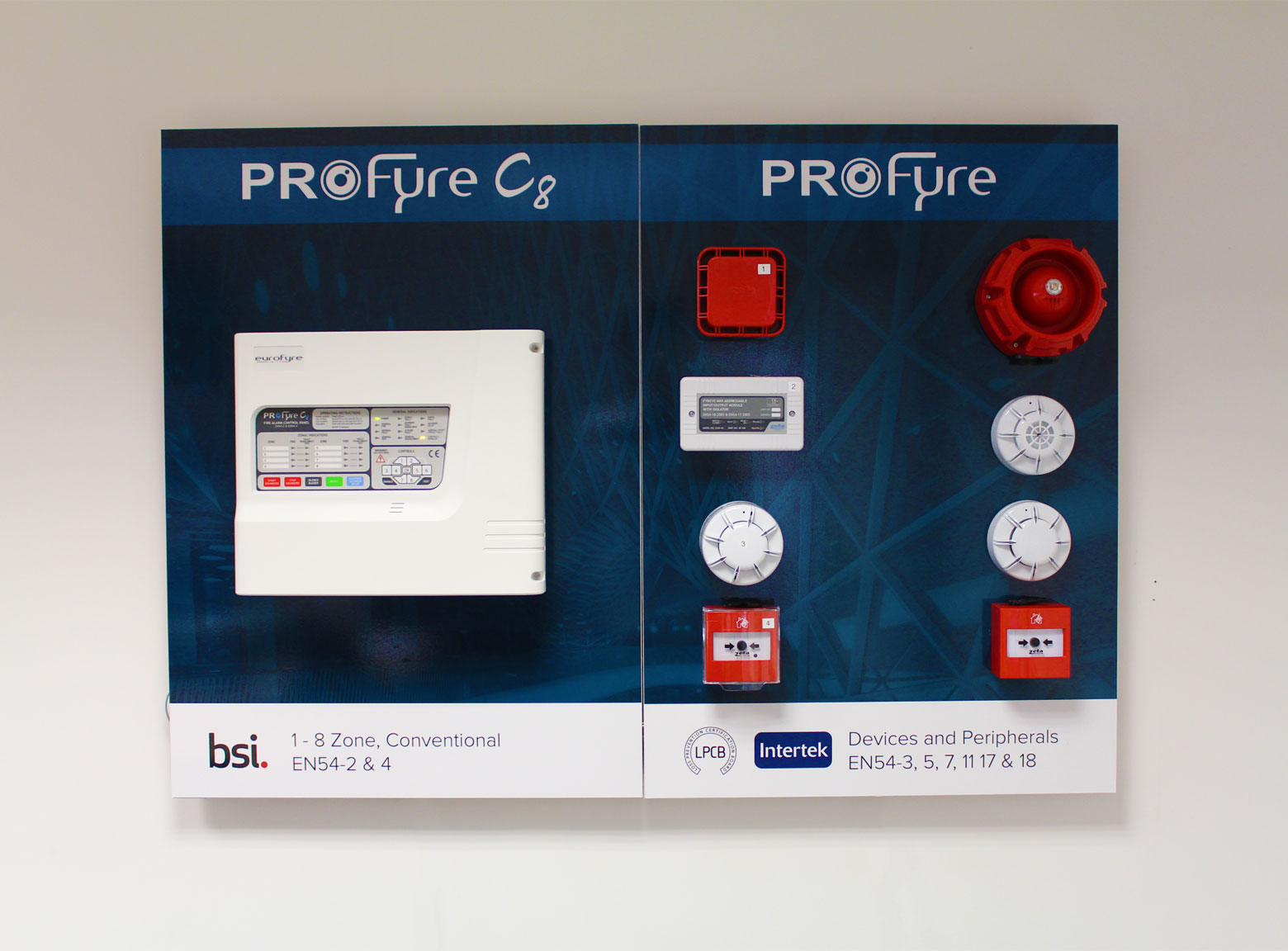 The ProFyre C8 fire alarm panel also offers a cost-effective and fully-featured conventional fire detection solution. It is well suited to small-sized conventional installations and is available in 1, 2, 4, 6 or 8 zone versions. 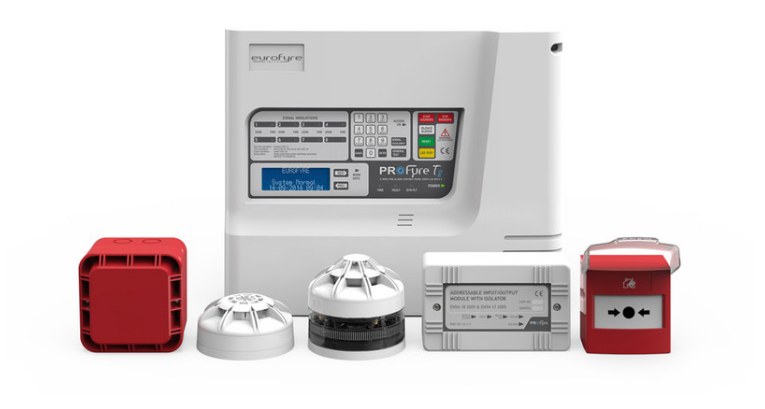 Eurofyre’s ProFyre 2-Wire Addressable fire alarm system provides all the benefits of an addressable system, with the simplicity of a conventional system and is well suited to small to medium-sized properties.

To find out more about any of Eurofyre’s fire detection systems, please feel free to get in touch either by phone on +44 (0) 1329 835 024, by email to sales@eurofyre.co.uk or via the online enquiry form situated on our contact page.