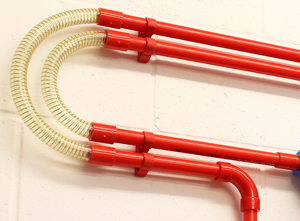 The disadvantage of installing a large-bore aspirating smoke detection pipe run is the lack of flexibility in the direction. Changing the direction of a pipe run is generally done so by using either a 90 degree sweeping bend or a 45 degree bend. Flexible connectors on the other hand have the benefit of being positioned in any direction with no restriction to the air flow. They can also be useful when getting over obstacles such as a steel beam. Eurofyre are the suppliers for the following: 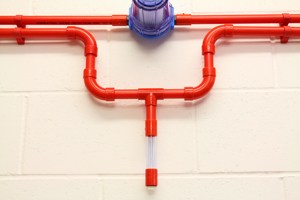 One of the advantages of aspirating smoke detection is the environments they can be installed into, such as a washing down area. Precautions must be made in environments where water may enter sampling points. To overcome water contamination, water traps must be incorporated into the pipe runs. For a water trap to be the most effective, they must be installed at the lowest point of the pipework in between a U-bend. Eurofyre are the suppliers of the following manual drainage water traps: 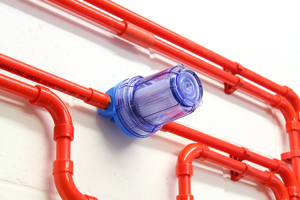 All of the aspirating smoke detectors Eurofyre supply incorporate filtration to compensate with dust etc. however, in very dirty or dusty environments additional precautions must be made. Harsh environment filters are designed to stop unwanted dust/dirt entering the ASD. Eurofyre are the suppliers of the following: 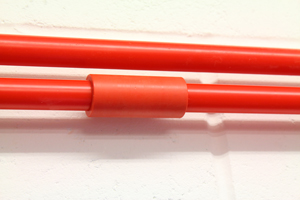 When designing an ASD system in an area where temperature fluctuates, expansion and contraction of the aspirating pipe must be taken into consideration. Expansion sockets allow for these types of movements. The design of a expansion socket is very similar to a pipe adapter, but is much longer in length to facilitate with the pipe movement. To keep an air-tight seal, rubber gaskets are used.

Eurofyre are the supplier for the following: 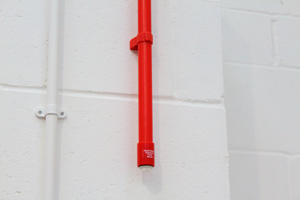 To measure the transport time, a small quantity of smoke is introduced at the furthest point and the measurement in time is calculated from when the smoke enters the sampling point to when the ASD reacts. The maximum transport time is 120 seconds (2 minutes). Test points are the ideal solution for flexibility and convenience. They are installed at the end of the pipe run, however for areas such as a lift shaft where accessibility is limited, the pipe run can be brought into a riser. We also supply a capillary sampling point test kit. Eurofyre are the suppliers of the following: 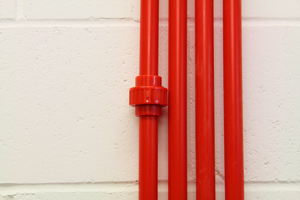 ASD’s like any fire alarm system require regular maintenance to ensure reliable performance. Aspirating smoke detection systems are classed as low maintenance compared to a point detector system, however they are not “no maintenance”. A removable union allows for a clean breakage in the pipe for maintenance access such as vacuuming the pipe. Eurofyre are the suppliers of the following: