Aspirating smoke detection is a fast and reliable fire detection solution. However, like any type of smoke detection, it requires regular testing to ensure that it is operating efficiently.

What are the Risks?

Traditionally, testing aspirating smoke detectors requires real smoke to be produced to test the detector’s response time and sensitivity accurately. This is usually achieved with smoke boxes or smoke matches. However, this method of testing has its risks and is generally quite dangerous – creating real smoke has the potential to start a real fire. Genuine smoke also has a strong, unpleasant odour and can leave a residue on walls and surfaces.

Another option for testing ASD is to use a smoke aerosol, similar to that used to test traditional-type smoke detectors. However, there are ramifications of using this method that many engineers are unaware of – the smoke produced from smoke aerosols is often oily and can lead to a buildup of dirt and dust inside the aspirating pipework.

What are the Challenges?

There are two challenges that are commonly faced when testing an ASD system: 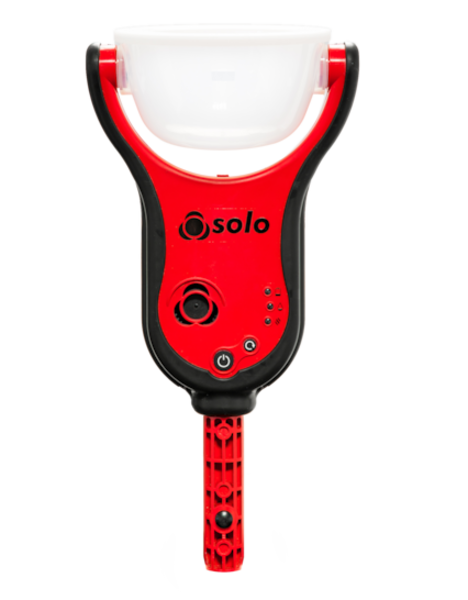 What are the Advantages?

It has a slim and practical design, automatic LED activation and makes it easier than ever to reach detectors in confined or light-restricted areas. Its extendable pole also makes it easy to reach high-up areas.

365 Detector Testers are the tester of choice for many heritage sites.

In particular, Warwick Castle uses ASD pipes behind decorated ceilings with access only available through small sampling holes, as well as other detectors installed in hard-to-access locations, often above valuable exhibits. The Solo 365 detector testers’ design allows easy entry to hard-to-access areas to ensure fast and efficient testing without risk to the exhibits.

For more information about Solo 365 Smoke Detector Testers, or to discuss any of the other products that Eurofyre have to offer, please feel free to get in touch either by phone on +44 (0) 1329 835 024, by email to sales@eurofyre.co.uk or via the online enquiry form situated on our contact page.