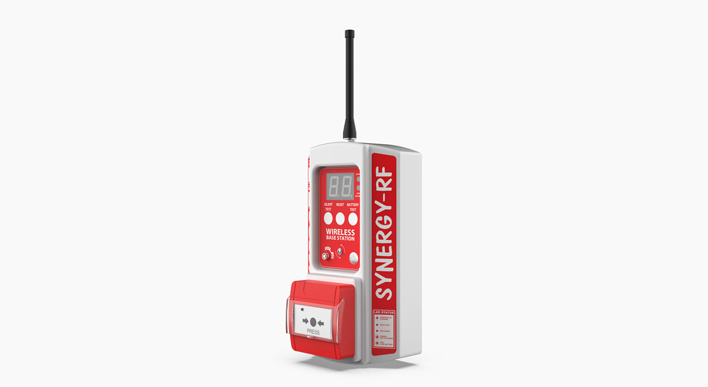 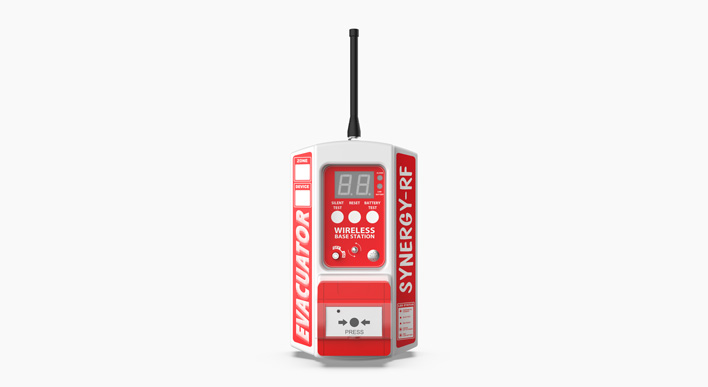 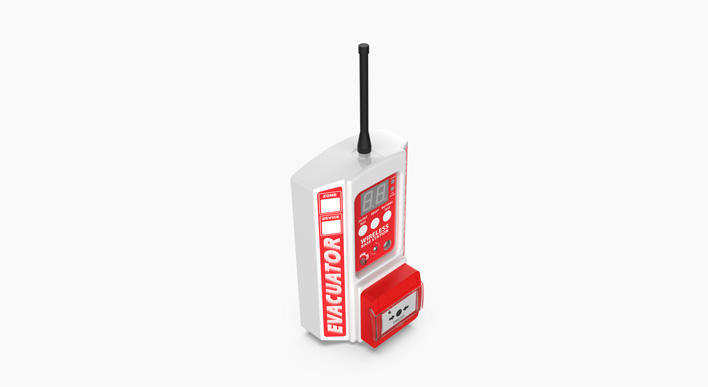 The Evacuator Synergy Base Station is an essential part of an Evacuator temporary wireless fire detection system. The base station acts as a system control panel and features an onboard display to indicate when the system is in test or alarm state.

The Evacuator Synergy RF base station can communicate with up to 40 call points, sounders, strobes and Synergy Automatic Detection devices without the need for any cabling. Each connected device is assigned a numerical address which allows the triggered device to be easily identified. The Evacuator Synergy RF Base Station also monitors all its linked devices in case of low battery.

Manufactured in the UK, this base station offers completely wireless operation and runs on 9v batteries (a mains option is available). It features a silent test facility as well as an 85dB buzzer and is decorated with scratch-resistant UV decals. Evacuator Synergy Base Stations are housed in a water- and dust-proof, IP55 rated enclosure making them suitable for most internal or external applications.

This unit is simple to install and offers plug-and-play integration. It also benefits from low maintenance costs. 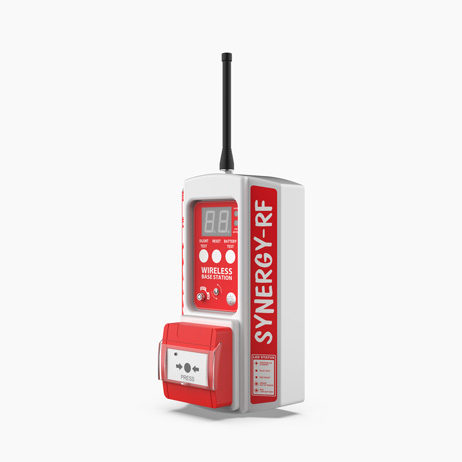