Well known alleyways and road junctions, including Neal’s Yard and Seven Dials, reside in the north with many independent stores and residential buildings, such as Odhams Walk, built on the site of the old Odhams Print Works.

South of Long Acre is where Covent Garden’s more elegant buildings, theatres and entertainment facilities are placed. Central Square, The Royal Opera House, the Theatre Royal, Drury Lane, and the London Transport Museum all belong to the south side of Covent Garden along with many flagship stores such as the largest Apple Store in the world.

Recently a luxury British fashion brand was opened on King Street, in the South of Covent Garden, which will be the first of its brand in the UK, assisting Covent Garden in expanding its collection of premium brands and becoming the home of contemporary luxury.

The luxury fashion store (which we are unable to name for confidentiality reasons) is one of the largest of its brand in the world with an area of 10,000 sq ft and incorporates digital innovations into its design concept. Features include a video wall to showcase content fed directly from the store’s London Headquarters, iPod connectivity, a wireless network allowing iPads to connect to global platforms and a retail theatre which will host regular live music performances.

This contemporary store accommodates the iconic brand’s latest denim and outerwear luxury clothing, with a single trench coat costing in the region of over one and a half thousand pounds.

Given the total worth of the store, its digital innovations and its valuable stock, it goes without saying that it is vital to ensure that suitable reliable smoke and fire detection is present. However, with its contemporary and innovative design it is also vital that the aesthetics of the store are preserved.

As highly experienced, specialist providers of fire detection systems, Eurofyre were contacted to provide assistance with the design and supply of a fire alarm for the store where they had to consider the following criteria:

Taking all this into consideration Eurofyre designed a full fire alarm system to match the requirements stipulated, incorporating a combination of aspirating smoke detection and analogue addressable systems. 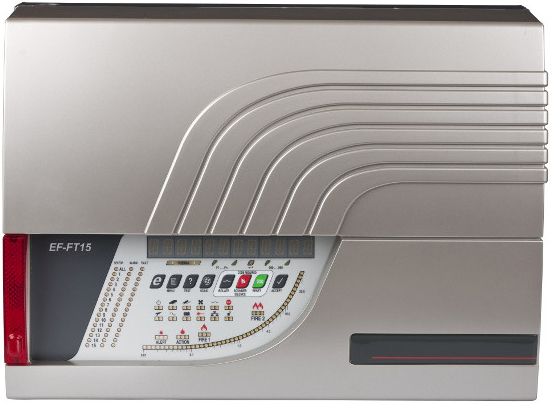 EFT-FT15 Microbore Aspirating Smoke Detection Systems
Two EFT-FT15 detectors were provided. Discrete sampling points were placed in shop floor areas to carry samples of air back to detection units which were located in back-of-house areas where they are concealed from the public and are easily accessible for maintenance.

Profyre Analogue Addressable Smoke Detectors, Manual Call Points, Interfaces and Sounders
Profyre Analogue Addressable components were used in areas of the store such as storage rooms, staff rooms and other behind-the-scenes areas, where preservation of aesthetics is not an issue. Profyre Interfaces were then used to integrate the ASD devices with the control panel and provide outputs to suppression systems and ventilation. 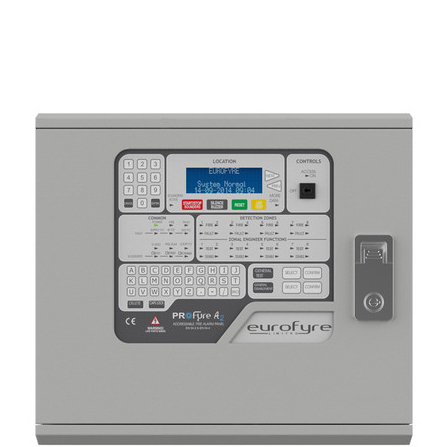 Profyre A2 Analogue Addressable Fire Alarm Panel
At the heart of the system a Profyre A2 Analogue addressable control panel was installed to monitor all of the detection systems in place and respond to any signals accordingly. Field devices connected to this panel were automatically allocated zones by virtue of their logical address and devices were labelled using the integrated “qwerty” keyboard.

For more information on the detection systems that Eurofyre provide or to discuss any of our products please feel free to get in touch either by phone on +44 (0) 1329 835 024, by email to sales@eurofyre.co.uk or via the online enquiry form situated on our Contact page.