A floating roof tank is a storage tank that is commonly used for storing large quantities of oil or gas. Floating roof tanks are often large open-topped cylindrical steel shells with a roof that floats on the top of the liquid. The roof falls and rises as the levels of liquid in the tanks changes. This means that there is little or low vapor space in the tank, eliminating breathing losses and reducing the evaporative loss of the stored liquid.

Similarly, fixed roof tanks also consist of a cylindrical steel shell, but have a cone- or dome-shaped roof that is permanently fixed at the top.

In December 2005 a series of enormous explosions lead to a colossal fire at one of the Buncefield oil depot in Hertfordshire. The fire quickly spread to the surrounding tanks in the facility eventually taking control of twenty tanks.

It took over 25 fire engines, 20 support vehicles and 180 firefighters to gain control and extinguish the flames and nearby houses were evacuated due to the thick black smoke that the fire generated. Although no one was critically injured the fire left 244 people in need of medical aid, including firefighting personnel and 38 members of public.

As well as causing injury to so many people the fire caused around 227 schools, libraries and other public buildings to close.

Transport delays were caused due to sections of motorways near to the site being closed and local petrol stations reported tremendous cues of people panic buying. Surrounding businesses were also forced to close after that fire and explosions caused damage to properties.

Buncefield oil depot was also responsible for supplying 30% of Heathrow Airport’s fuel who, as a result, had to begin rationing fuel which caused delays to many of their flights.

What are the risks?

There are a number of fire risks associated with fixed and floating roof storage tanks, these tanks are often filled with highly combustible materials which can easily ignite and spread rapidly. Some of the main causes of fire include:

What are the challenges?

There are also a number of challenges to overcome when selecting a suitable fire detection system for fixed or floating roof storage tanks. Floating roofs and constant changing of volumes and positions mean that traditional type detection is ineffective. They are often dirty and oily environments which can sometimes have a negative impact on reliable detection. On top of this, many storage tanks can be subject to aggressive chemicals and UV radiation from the sun.

FyreLine Linear Heat Detection can provide the ideal solution when designing a suitable fire alarm system for both fixed and floating roof tanks. It provides cost-effective, easy to install fast and reliable fire detection and can provide an accurate location of fire, even when faced with the challenges that floating roof tanks present.

FyreLine Linear Heat Detection is available in two versions and each version is available with a nylon outer coating to protect the heat sensing cable from hazardous hydrocarbons such as fuel oils and UV radiation:

FyreLine Analogue is fully approved by Underwriters Laboratories (UL) and is compliant with the recently published EN54 part 28 standards. FyreLine Digital also bears the CE mark, indicating that it complies with all the applicable Directives.

FyreLine Analogue heat sensing cable is capable of detecting temperatures anywhere between 54°C and 105°C and can provide a two-stage warning of fire – allowing both pre alarm and alarm conditions, providing the opportunity for potential fires to be investigated before a full alarm is triggered.

FyreLine Analogue is fully approved by Underwriters Laboratories (UL) and is compliant with the draft EN54 part 22 standards. FyreLine Analogue also bears the CE mark, indicating that it complies with all the applicable Directives. 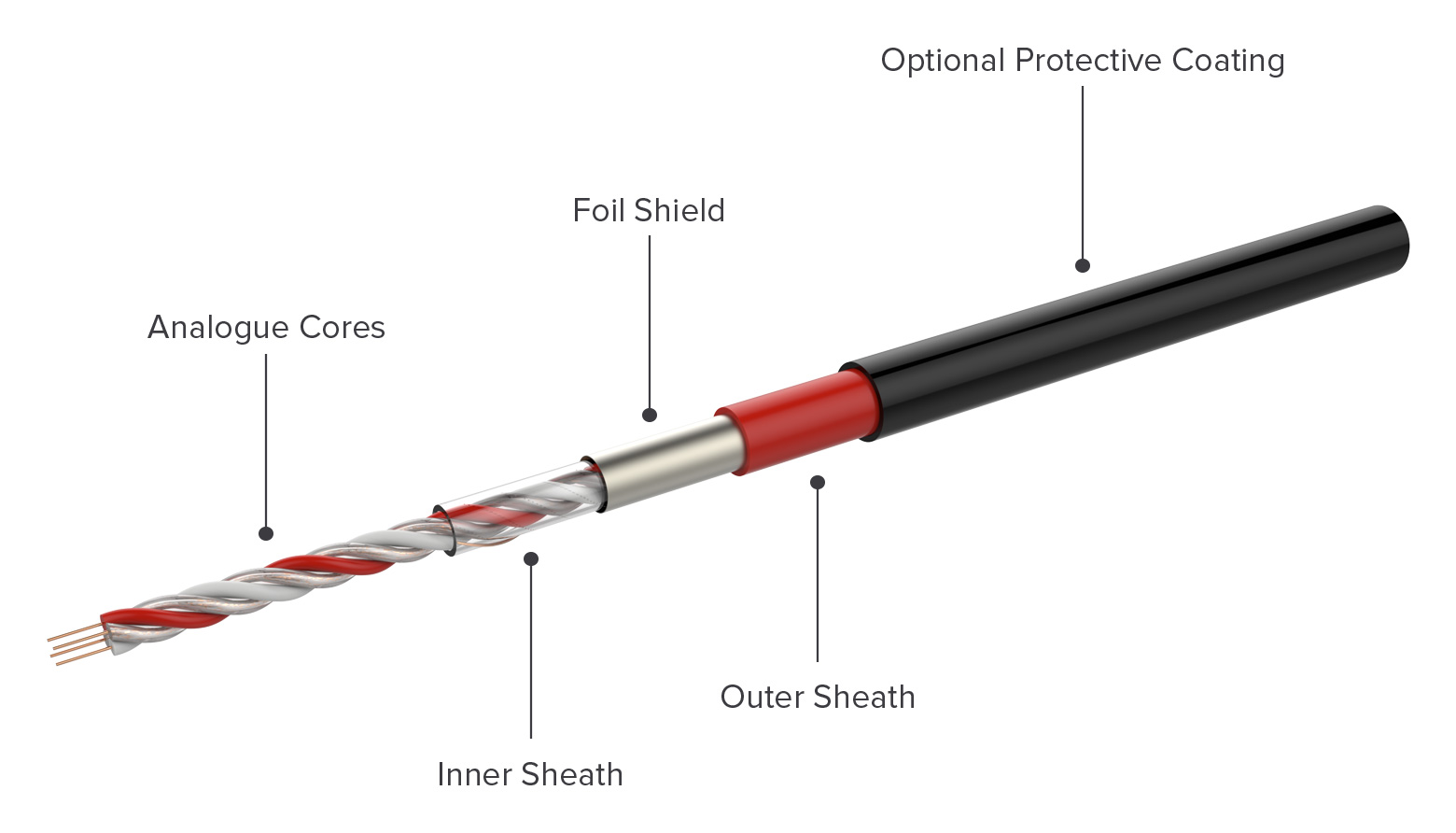 FyreLine heat sensing cable should be laid around the rim of the floating roof, and connected to a fixed gantry installation at the top of the tank using one of the following:

Retractable cables are designed to provide electrical connection between the top of the tank to the floating roof while reducing the risk of the cable being caught or snapped as the roof moves. Retractable cable should be used in conjunction with a cable collector to ensure that the excess cable is collected and held securely.

An Automatic Cable Reeler can be installed at the top of the tank to automatically coil, or uncoil, as the floating roof rises and falls.

For more information about the FyreLine Linear Heat Detection System, or to discuss any of the other products that Eurofyre have to offer, please feel free to get in touch either by phone on +44 (0) 1329 835 024, by email to sales@eurofyre.co.uk or via the online enquiry form situated on our contact page.