A restaurant is a business that prepares and serves food and drinks to customers. Food is usually consumed on the premises, but some restaurants offer take-out or delivery services. The term restaurant covers a range of different eateries, from fast food chains to award winning Michelin-starred businesses.

As restaurants are open to the public, the law requires them to take steps to protect the people using the premises from the risk of fire. Not only this, but damage caused by fire and disruption to a resteraunts operation could prove costly, therefore, it is crucial that an effective and reliable fire detection solution is in place.

In August 2016 a fire ripped through Hickory’s Smokehouse, a popular restaurant in Dudley. The fire, caused by an electrical fault in a refrigeration unit took over 14 firefighting crews more than 15 hours to bring under control after the flames took hold of the properties historic, thatched roof. Unfortunately, the building was left completely destroyed by the time the fire had been extinguished.

Fortunately the staff at Hickory’s Smokehouse were able to evacuate the premises before anyone was injured. However, local businesses were forced to close and a neighbouring hotel was forced to evacuate over 20 rooms. Traffic through the area was also diverted causing massive transport delays.

What are the Fire Risks Associated with Restaurants?

There are a number of fire risks associated with restaurants. Restaurants are often divided into two principle areas that each present their own risks:

The Dining and Bar Areas

Dining and bar areas (or other front-of-house areas) contain a number of fire risks, including:

The kitchen area – and associated storage or refrigeration units – could be considered as the area that presents the highest risk:

The importance of a reliable fire system in the restaurant

With all the associated fire risks that restaurants carry it goes without saying that a fast, reliable and effective fire alarm system is essential. Besides the legal requirement to provide suitable detection, loss of equipment or damage to due to fire, and disruption to operation, could prove costly.

Eurofyre are proud, British manufacturers of specialist fire detection and associated safety products for commercial and industrial applications. They believe that the client should have the flexibility to select their own fire alarm system maintainer and, therefore, Eurofyre’s Profyre range of fire alarm systems provide an ‘open protocol’ solution, giving the owner complete control of how the system is managed.

Eurofyre’s ambition is to provide the highest possible quality of service to all of their customers and endeavour to accomplish this by providing accurate online literature and training programs as well as exceptional pre- and post-sale technical support.

What are the Most common Systems Used in Restaurants

There are a number of systems that are suitable for use in restaurant applications. Some of the systems that Eurofyre regularly provide are: 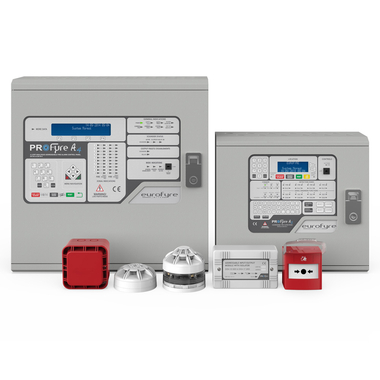 Eurofyre’s analogue addressable fire alarm systems offer a complete, high-quality and reliable detection solution. They are built using a powerful communication protocol that is designed to be flexible, reliable and expandable to benefit future developments.

Our ProFyre 2-Wire Addressable fire alarm system benefits from conventional, 2-wire and analogue technologies providing complete wiring flexibility. The ProFyre T8 provides all the advantages of an addressable system, with the simplicity of a conventional system and is well suited to small to medium-sized properties. 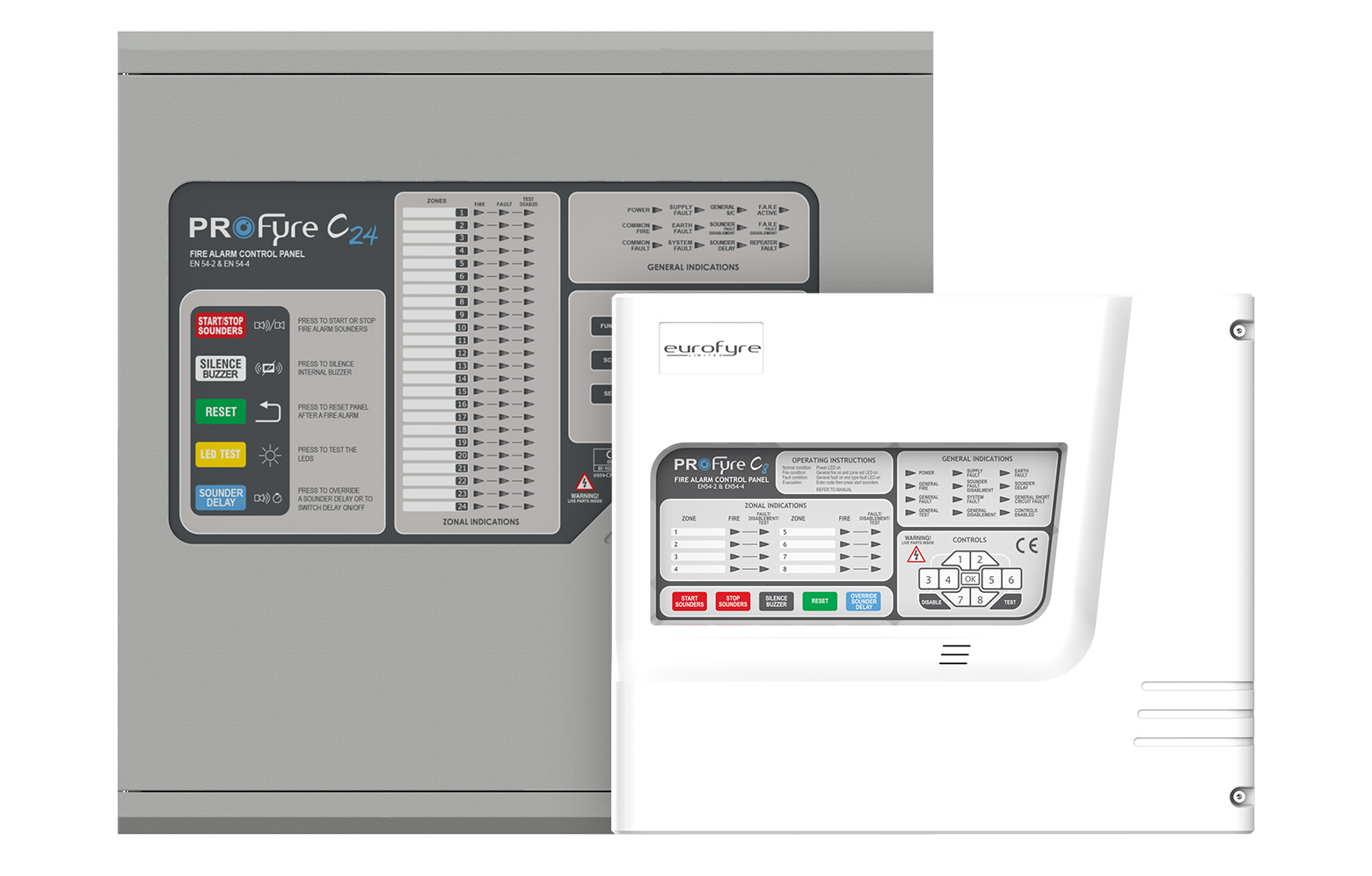 ProFyre conventional fire alarm systems provide a fully featured and cost effective detection solution that has been designed with ease of installation and commissioning in mind.

There are two versions of Eurofyre’s conventional fire alarm system available – the Profyre C8, which can provide suitable cover for small properties, and the Profyre C24, which is suitable for medium sized applications.

To find out more about any of Eurofyre’s fire detection systems feel free to contact Eurofyre on +44 (0)1329 835024 or by email to info@eurofyre.co.uk. For all the latest fire protection news sign up to our newsletter using the form at the bottom of your screen or follow us online on LinkedIn, Twitter, Facebook and Google+.