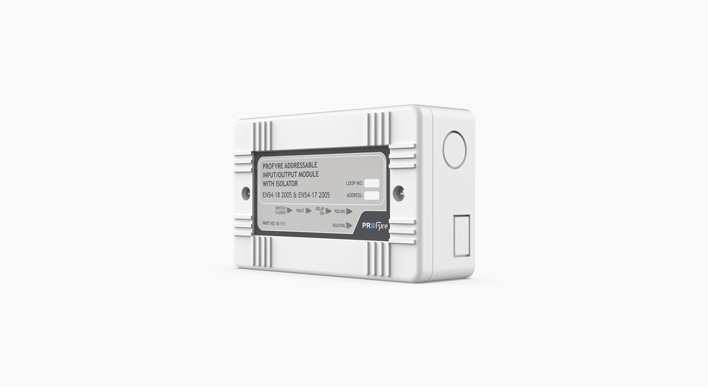 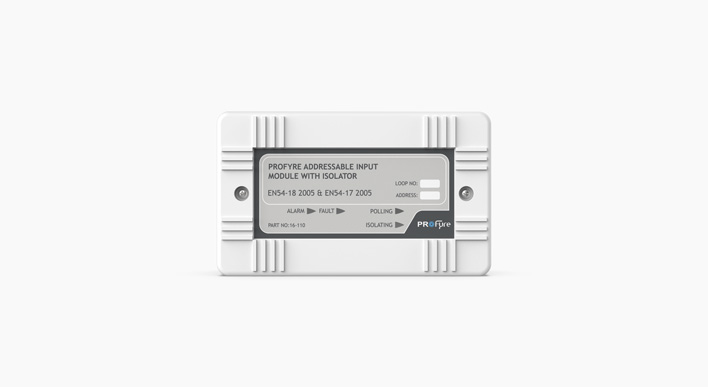 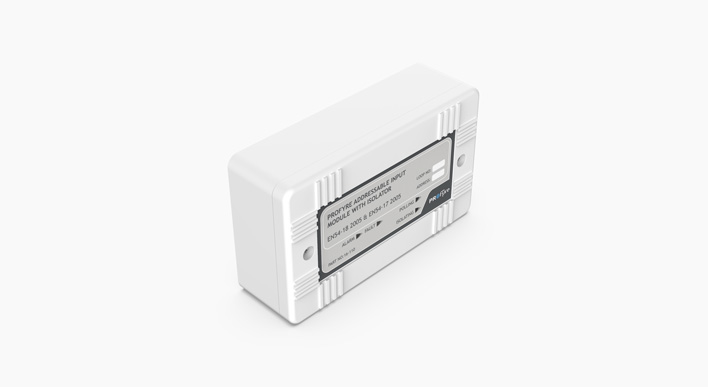 The Addressable Input/Output Module is designed for both monitoring a low voltage input and at the same time, a local output (relay output) which needs to be triggered to switch ancillary equipment on or off during an alarm. Typical output triggering includes, controlling lift operation during an alarm, starting a fire pump, or stopping ventilation fans etc. This interface is only for low voltage equipment. Please refer to the mains switching version for 230V operation. The module also includes a polarity sensitive input for optional monitoring of an external voltage (maximum 30V).

The interface is supplied with a back box incorporating four 20mm knock-outs and three mini trunking knock-outs for surface mounting purposes. The device is also compact enough to be mounted directly on to a double European back box for semi-flush mounting. To minimise any damage during installation, all electronics are protected by a cover. The ProFyre Addressable Input/Output module has an ingress protection rating of IP21C (with back box) for internal use only.

The ProFyre Addressable Input/Output Module is compatible with the analogue addressable ProFyre A4, A2 and T8 2-wire fire alarm systems.

The ProFyre Input/Output Module is fully approved by Intertek for safe use and installation in any European Union country and bears the CE mark to show that it complies with all the applicable Directives including the CPR, EMC and the Low Voltage Directive (LVD). 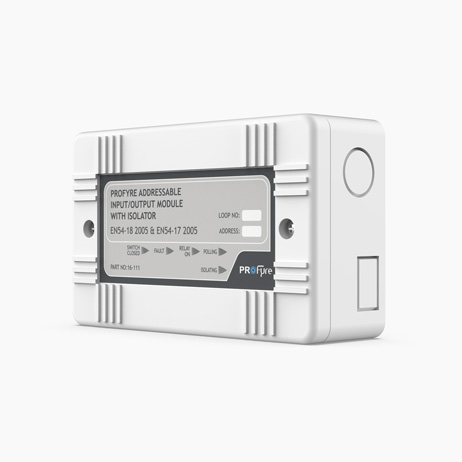