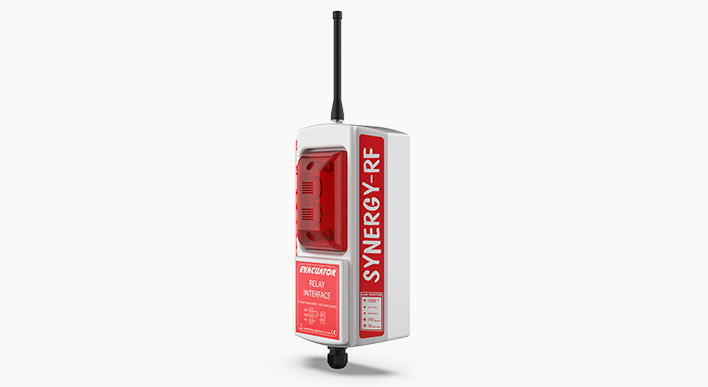 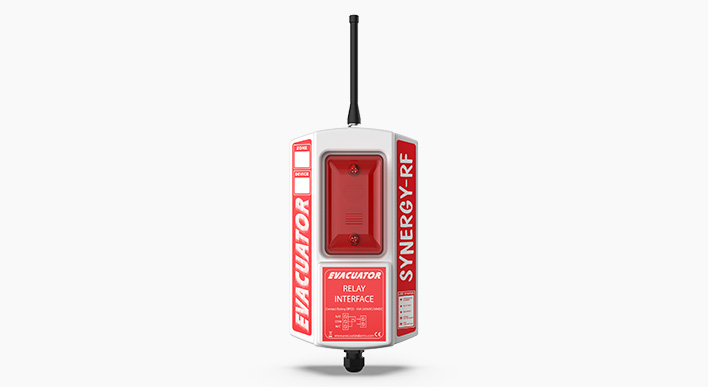 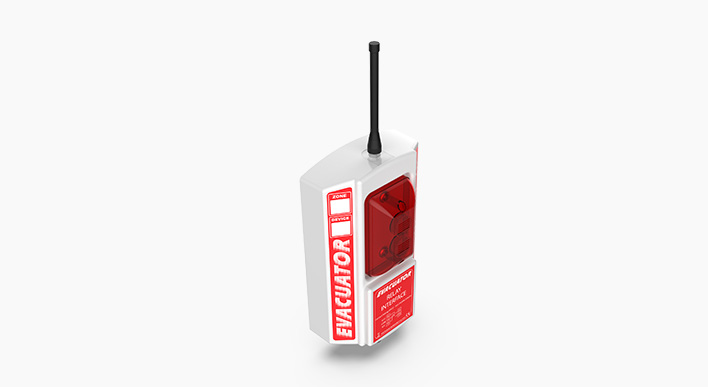 This relay interface is designed to be used as part of a Synergy RF addressable, temporary wireless fire alarm system.

The Evacuator Synergy Relay interface is a Double Pole Change Over (DPCO) relay unit that is commonly used to automatically control devices such as turnstiles, air conditioner units or other apparatus that need to be automatically controlled in a fire event. It can also be used to trigger conventional alarms.

The Evacuator Synergy Relay Interface has a contact rating of 10A 240V AC/30V DC with normally open and normally closed “clean contacts”.

This unit is completely wire free and operates via a 9v battery. However, it can also be operated on mains power if necessary. The Synergy Relay has a built in status LED and automatic low battery warning.

Evacuator Synergy systems operate on a category one radio module meaning it is safe for use in human life inherent systems and are tested to the Radio Equipment Directive (RED). The Evacuator Synergy Relay Interface is also compliant with the Restriction of Hazardous Substances (RoHS) directive, Electromagnetic Compatibility (EMC) directive and are independently tested to ETSI-300-220-1, the European standard for Short Range Devices (SRD) operating in the frequency range 25 MHz to 1,000 MHz. They bear the CE mark, approving them for sale in the EU. 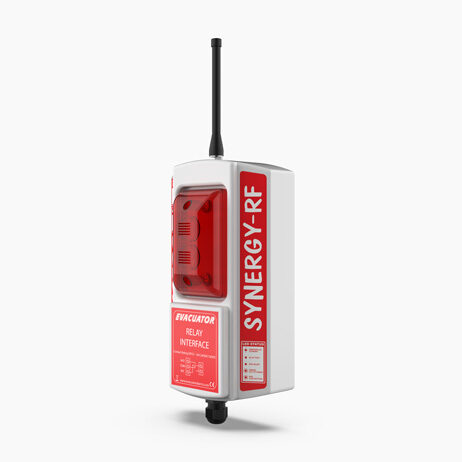