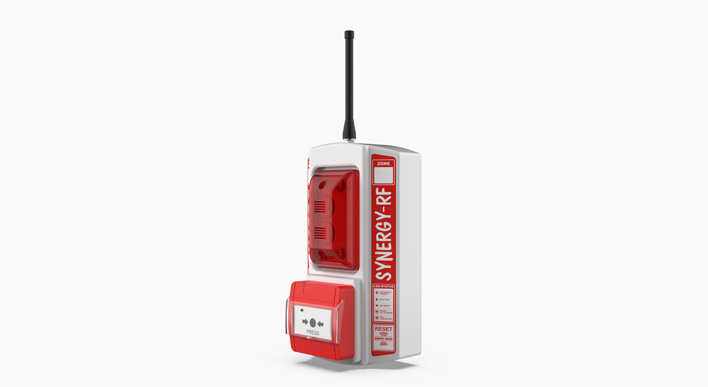 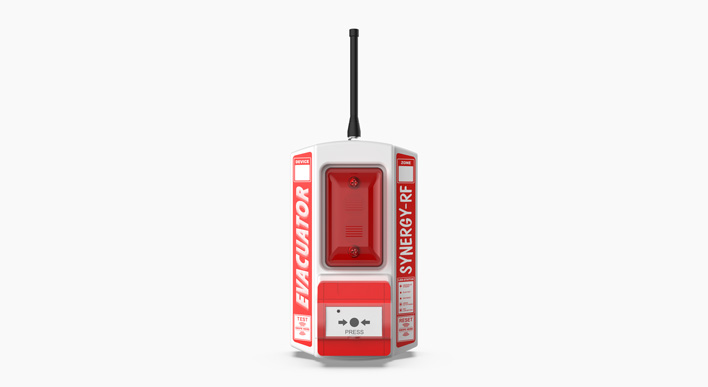 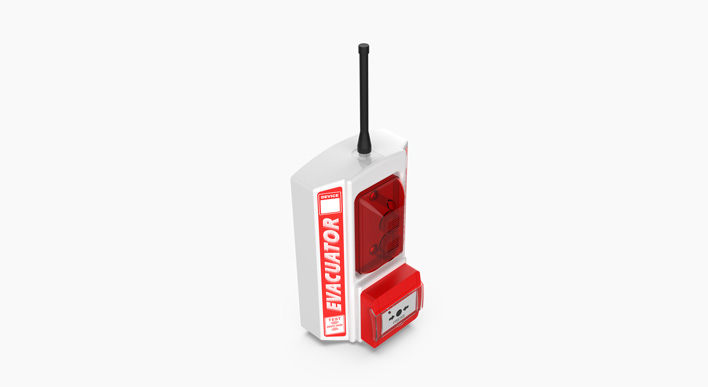 This sounder/strobe unit has built-in radio frequency (RF) technology that enables it to wirelessly communicate with up to 40 addressable site alarms and is designed to be used as part of an addressable alarm system made up of other Synergy RF devices.

When the system is activated, the sounder emits a 100dB alarm while the built-in LED strobe delivers a bright, visual warning.

Evacuation Synergy Call Points are housed in a water- and dust-proof, IP55 rated enclosure making them suitable for most internal or external applications.

These wireless call points have an automatic low battery indicator, feature a silent range test facility and a secure “swipe key fob” which provides test and reset controls. When interlinked, the Synergy RF base station or call point (both sold separately) can be used to test or reset the wireless system from a single location. 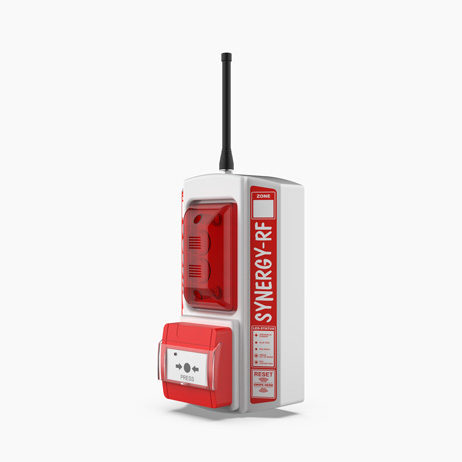