Recycling centres allow local residents to get rid of their waste that will later be converted into new materials. These materials can include items such as batteries, plastics, books, cans and cardboard.

At the beginning of February 2017, an immense inferno broke out at a plastic recycling centre in Stoke on Trent, UK. This blaze was so intense that it spread toxic fumes throughout the entire city. Nearly 80 phone calls were made to emergency services in the space of 10 minutes as local residents were concerned about what may happen next. 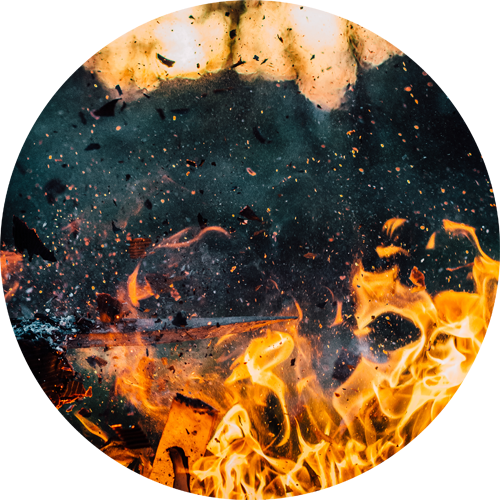 It didn’t stop there, local football games were called off, people were forced to stay in their homes with all windows and doors shut and horse owners were worried their horses would be seriously harmed by the thick poisonous smoke.

Over 30 firefighters and 6 appliances attended the scene which took days to calm down. Fortunately no one appeared to be on site when the fire broke out, although the building has been completely destroyed.

The cause of the fire is still unknown and questions have now been raised as to whether building a new recycling centre in the same location is safe or if it should be moved entirely.

Was a Reliable Fire Detection System in Place?

Due to the severity of the fire and only calls being made to emergency services, we can assume an effective and reliable fire detection system was not in place. This resulted in a serious loss of business and the release of many poisonous fumes into the environment.

What Fire Detection System Should be Installed?

ADPRO SmokeTrace actively monitors  images from strategically placed C.C.T.V cameras to confirm the presence of smoke and provide a visual confirmation of fire. When smoke is detected within the camera’s field of view, a signal is sent to a remote central monitoring station for assessment and appropriate action.

The SmokeTrace system must be used in conjunction with a primary smoke detection system, such as one that utilises linear heat detection or aspirating smoke detection (or one that utilises multiple technologies), and is designed to give a reliable visual confirmation and/or pre warning of smoke developing from fire. However, in many cases, SmokeTrace will pick up and activation before the primary fire alarm system.

Not only are Eurofyre a complete system provider, but we have a strong relationship with Xtralis. Since the very beginning, Eurofyre have retained sole UK technical support and distribution of their range of highly flexible ICAM aspiration smoke detection and other smoke detection products.

Our expertise and experience enables us to supply complete systems for any application. Please feel free to get in touch if you need help with choosing the right system for your application or if you would like to discuss any of our products.