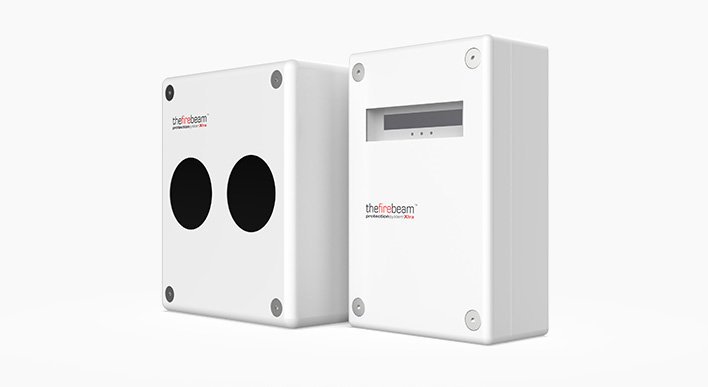 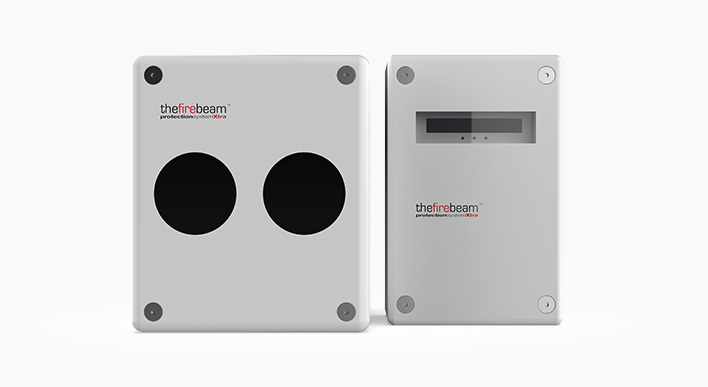 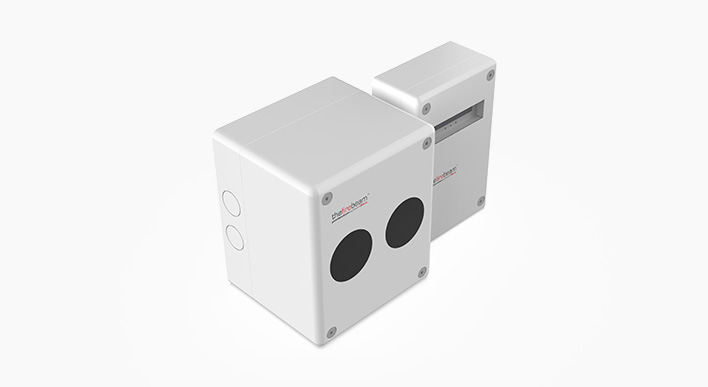 The Fire Beam was originally launched in 2005 to provide reliable beam detection that tackles the common issues of building movement, difficulty in commissioning and ground level accessibility. It quickly became the professional choice in beam detection for many of the leading names in the UK. Since the launch of the original product, The Fire Beam Company has been working on ways to improve the product further; leading to the launch of the Fire Beam Xtra.

The Fire Beam self-aligns itself to the centre of the reflector when commissioning and will automatically keep alignment when building movement occurs. It offers enhanced optics to cover distances of up to 160 meters that incorporate all the leading features of their previous releases with the latest advanced components.

Thanks to completely new linear stepper motors the Fire Beam Xtra can be commissioned five times faster than the original Fire Beam and routine maintenance can be conducted extremely quickly. Automatic alignment takes just over three minutes to complete out of the box and routine realignment can be carried out in just over one minute.

Auto alignment can be turned off for environments that may be subject to occasional contamination (such as theatres using fake smoke). This means that the detector won’t try to re-align itself should the reflector become obscured. An auto-align time delay is also available for environments that might suffer occasional short-term obscuration. By adding a delay, the beam will not check if the received signal drops for a predetermined time.

Traditionally, beams that face each other can cause problems if their sample rates coincide. This can result in unreliable readings and vulnerability in service. With the addition of Beam Phasing, Fire Beam Xtra heads can be mounted facing each other with reflectors in between and there are 7 different sampling rates to choose from, alleviating any cross talk problems.

The Fire Beam Xtra Kit comes complete with the head unit, the low level controller, a single reflector, a user manual and a 3mm allen key. This will enable you to cover distances up to 70 metres. To cover distances over 70 metres a Range Kit can be added to extend the coverage up to 160 metres.

The Fire Beam Xtra Head emits a signal to the Fire Beam Reflector. This signal is bounced back to the head. If the signal is obscured, a fire event is registered.

The Fire Beam Low Level Controller allows the user to commission, adjust and maintain the beam from the safety and ease of ground level.

Fire Beam Xtra is fully approved for safe use in any European Union (EU) country by VdS and bears the CE mark confirming as such. It is also fully compliant with EN 54-12:2015 Fire detection and fire alarm systems – Part 12: Smoke detectors – Line detectors using an optical beam. 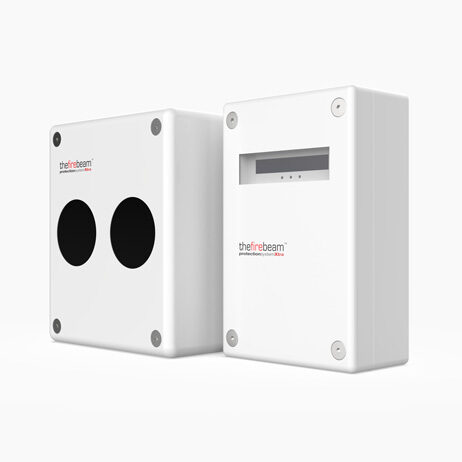