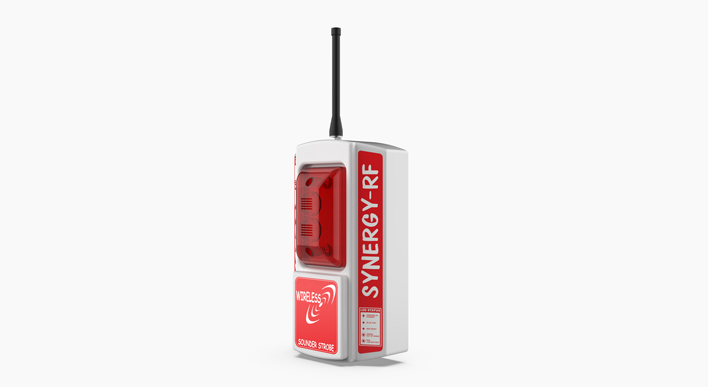 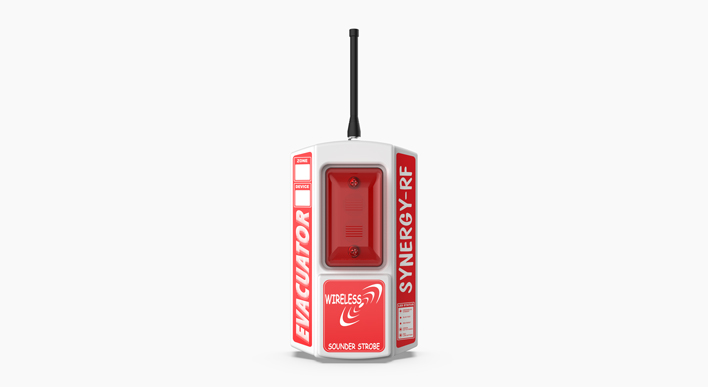 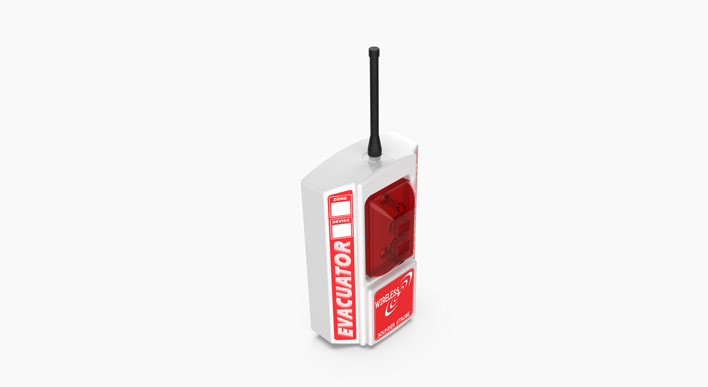 Evacuator Synergy sounder/strobe alarms are designed for use as part of an addressable manual alarm system containing other Synergy RF devices. Built-in radio frequency technology allows these sounder and strobe combination alarms to wirelessly interlink with up to 40 other Synergy devices to provide a complete, wireless, temporary site alarm system.

When the system is activated, the sounder/strobe emits a 110dB alarm and a visual warning from its LED strobe.

Synergy Sounder Strobe units are completely wireless and operate purely on batteries. They have a low battery indicator to provide a suitable warning of when the battery needs replacing and an upgradeable battery pack is available.

These sounder/strobe units offer ‘plug and play’, simple self-installation, are very low-maintenance and have a silent range test facility.

Evacuation combined sounder and strobe units are housed in a water- and dust-proof, IP55 rated enclosure making them suitable for most internal or external applications.

Synergy sounders can also be used as slaves in a synergy RF system meaning they can be used when you have run out of slots for addressable devices but only require sounders and flashers.

Evacuator Synergy fire alarm devices are manufactured in the UK and provide an addressable, wireless, temporary fire detection system that is ideal for construction sites.

Evacuator Synergy systems operate on a category one radio module, meaning they are safe for use in human life inherent systems, and are tested to the Radio Equipment Directive (RED).

Synergy combined sounder and strobe units are also compliant with the Restriction of Hazardous Substances (RoHS) directive, Electromagnetic Compatibility (EMC) directive and are independently tested to ETSI-300-220-1, the European standard for Short Range Devices (SRD) operating in the frequency range 25 MHz to 1,000 MHz. They also bear the CE mark, approving them for sale in the EU.