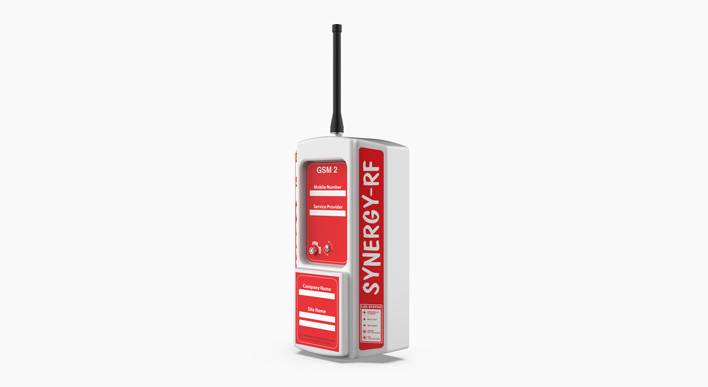 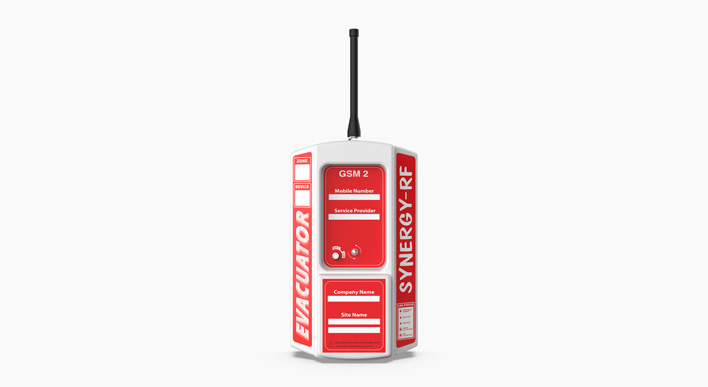 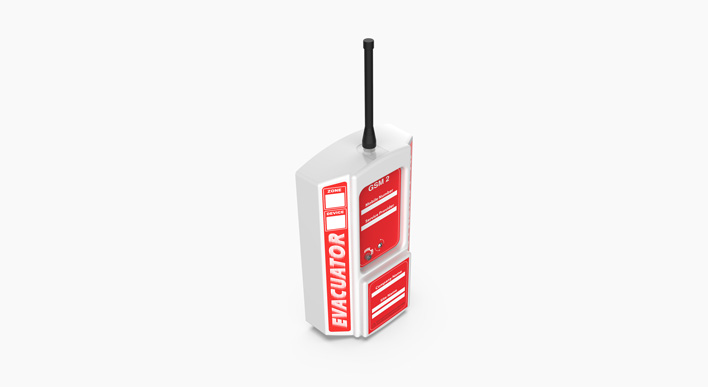 The Evacuator Synergy range of temporary fire detection products provide a flexible fire detection solution for applications such as construction sites or other temporary installations. All devices in the Synergy range can interconnect via the Synergy Base Station which acts as a control panel for the system. When one of the devices on the network is triggered, all sounders on the network will raise an alarm.

The Evacuator Synergy GSM 2 adds a new dimension to an Evacuator Synergy alarm system by providing GSM text notifications of fire, first aid and low battery to alert staff on and off-site, at evenings, during weekends and any other time the site may be unattended.

This unique text alert system can be configured to alert key members of staff and can store up to five numbers for fire alerts and five different numbers for first aid alerts.

The text alert unit is mains powered and is for indoor use only. It consists of two boards, a radio board and a GSM board, and should be connected to an uninterruptible power supply to ensure operation in the event of power failure.

The system is completely configured by text message. The Evacuator Synergy GSM 2 allows resets to be carried out remotely using the unit’s unique passcode via a simple “turn off alarm” command and a GSM strength report can be requested via text message. A current status message can also be requested via text, which indicates the stored fire and first aid numbers, site name and site manager number.

Evacuator Synergy systems operate on a category one radio module, meaning they are safe for use in human life inherent systems, and are tested to the Radio Equipment Directive (RED).

Evacuator Synergy GSM 2 devices are also compliant with the Restriction of Hazardous Substances (RoHS) directive, Electromagnetic Compatibility (EMC) directive and are independently tested to ETSI-300-220-1, the European standard for Short Range Devices (SRD) operating in the frequency range 25 MHz to 1,000 MHz. They also bear the CE mark, approving them for sale in the EU.