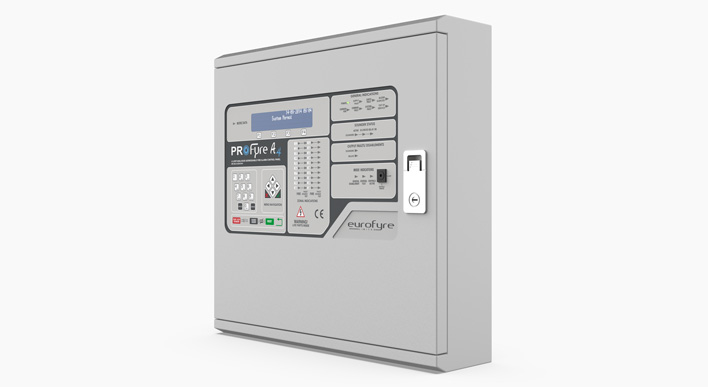 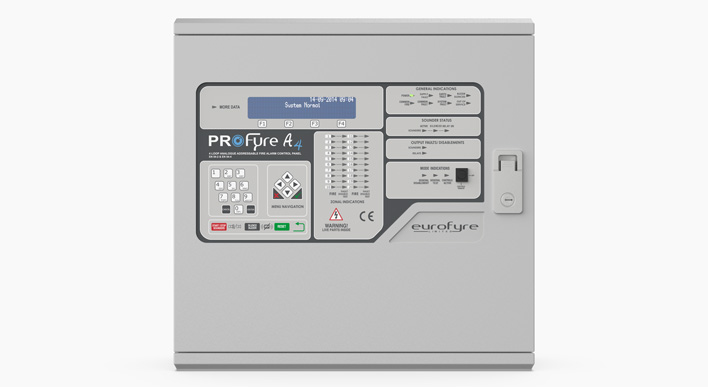 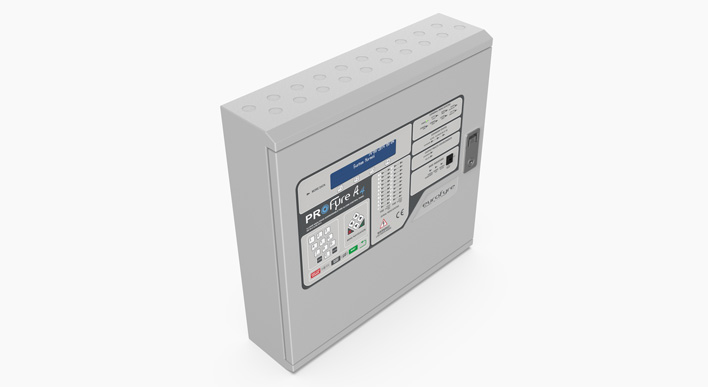 The ProFyre A4 is a fully expandable, open protocol analogue addressable control panel which is available in 1 – 4 loop variants. Each loop can accommodate up to 250 addresses including detectors, call points, sounders and interfaces. It is supplied with 2 on-board sounder circuits, 1 fault output, 1 fire output, 20 programmable zonal LEDs, and various System LEDs.

The ProFyre A4 has been designed to accommodate for manys applications. Available in 3 versions; surface, semi-flush or flush.

Simple cause and effect programming makes the panel suitable for a wide range of applications from medium to large multi-area systems. Fully programmable on-site via the on-board LCD display and tactile keypad or through the windows based configuration software.

Complemented by a complete range of ProFyre addressable field devices, the ProFyre A4 is the logical choice for systems that require clear alarm management and ease of use.

For larger systems, up to 64 nodes (control panels/repeaters) can communicate peer to peer on a RS485 data communication network, configured either as a radial or loop format. The operation of the network is such that each node has total stand-alone capability in that its local operation is not directly affected by its connection to or disconnection from the network.

Network repeater panels provide the ability to observe and control elements of the network via a compact unit which may be conveniently mounted at manned control points and still provide all essential display and basic control facilities.

For complete system flexibly, a loop powered Wi-Fyre Transponder can be connected at any point on the A4 loop wiring, enabling matching ‘wireless’ detector, call points, sounders or interfaces to be seamlessly connected to the wired system. This means that, wireless devices can now be specified and used on an ‘as-needed basis’ on a ProFyre addressable system, without the need for additional power supplies and associated wiring.

The ProFyre A4 is fully approved by Intertek for safe use and installation in any European Union country and bears the CE mark to show that it complies with all the applicable Directives including the CPR, EMC and the Low Voltage Directive (LVD).